Istanbul is the most important tourist places

The long history of Istanbul :

Istanbul is a great city of the past, present and future. A vibrant city mixed with all the colors of its beauty. Its streets can tell you more beautiful stories than people who passed through them, historical stories and wars that could not spoil its ancient history mixed with the civilization of the future.

It is impossible for any person to think of traveling to Turkey without starting with the city of Istanbul, the capital of the Turkish Economic Republic, and the first tourist city in Turkey.  So everyone who wishes to visit it, should know the important tourist places. Since Istanbul has an ancient history and a civilization mixed with the Roman and Islamic civilizations, you will find many old tourist attractions that give you a wonderful impression of the history of this city that does not sleep. Following is a list of the most beautiful tourist places in the city.

The most beautiful tourist places in Istanbul :

The city contains many ancient and timeless monuments. Time has  changed a little of its features because of the old wars and natural factors. But, its old form has not changed and its historical nature is still present and the most beautiful of these places.

Sultan Ahmed Mosque (Blue Mosque) is one of the oldest mosques in Turkey. And it contains many archaeological sites and large courtyard in addition to a large garden separated from the mosque of Hagia Sophia, and full of tourists all year round from around the world.

The Mosque of Hagia Sophia is in the Old City.  and Historians consider it one of the oldest monuments in the city. They built it in Roman covenants as a church.

Topkapi Palace contains a museum of most of the monuments in Turkey. Including the sword of the Prophet Muhammad peace be upon him, and some of the Prophetic monuments.

Dolma Palace is a palatial palace which is one of the ancient palaces of the city.

The Eia Sophia Museum which located behind the Hagia Sophia Mosque and has many ancient monuments.

There are many archaeological speakers, and have mentioned the most important and famous ones.

The forests of Belgrade in the north of Istanbul. And one of the largest nature reserves in Turkey. It contains a wonderful natural lakes  targeted by tourists who love camping.

The Gulhana Park is located near the Topkapi Palace and the Sultanahmet Mosque overlooking the Bosphorus Strait. It has high and beautiful old trees and is meant for tourists from everywhere because it is considered the Garden of Sultans in the past.

The islands of the 7 princesses are considered one of the most beautiful islands in Turkey. There are no transport vehicles that run by fuel only bicycles and Hantour and can be reached by ferry and small ships and contain imaginary scenes of green nature mixed with sea water

There are many other venues that tourists visit but only the most famous are mentioned.

Do you want a tourist trip to Turkey?
We are at your service. 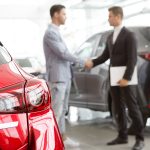 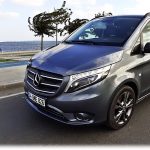 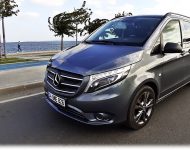